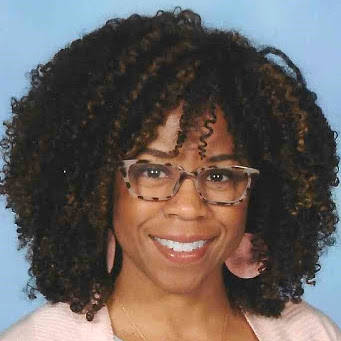 Tiara Surface teaches ancient history to seventh graders in Lee’s Summit, Missouri. She’s aware that the people, and her stories about what mattered most to them, are so far in the past that her students may only hear her lessons as abstractions.

Over the summer, however, she worked with Anne Gatschet at the Kemper Museum of Contemporary Art on a plan to make the ancient feel relevant to modern learners. For instance, a glass bowl with a hand imprinted on its bottom is inspiration for a conversation about the importance of water.

“The docents’ work on this particular project was astounding, because I could not see how you could make a connection with modern art and ancient Mesopotamia,” Surface said.

Museum docents helped Surface draft a participatory element to a lesson on how waterways determine where humans settle. Those questions aimed to show students that regardless of whether our friends are talking about Puabi or Amy Coney Barrett, water is essential to our survival.

But the collaborations didn’t stop there. Emily Wellborn at the Watkins Museum in Lawrence, Kansas, is helping Surface open conversations about counter narratives. While not rooted in ancient history, stories about a man of color who was killed by police in the 1970s and about a German man in the 1940s whose suicide note ran in the newspaper allow Surface to engage students about what happens to those on the margins—if we stand by.

“Whether or not you teach current events, it’s incredibly important to touch on those topics,” Surface said. “We’re not even aware of how the information we’re taking in impacts others, and how the rhetoric in the time we’re living impacts those marginalized groups.”

Next:
Tapping Museums for Hands-On Learning